by The Human Elephant 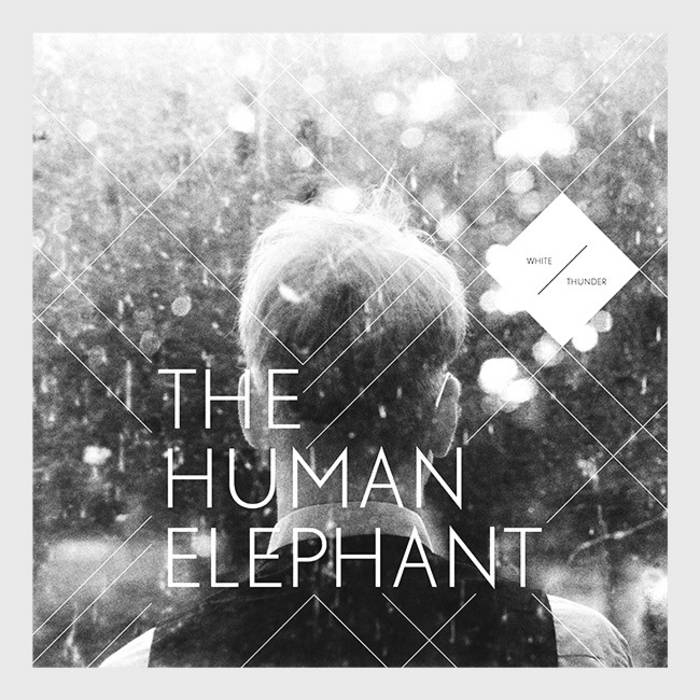 White Thunder serves as an introduction to The Human Elephant (John Edward Donald); though some of these tracks have been previously released in digital format by Umor Rex, there are still some new songs to go along with the old, which in any case have been re-mastered for this release. This is his first Lp as such, some of his finest songs have been chosen to lead the charge. There is a Joy Division cover here, which can be taken as a straightforward and sincere gesture from a man that owes a conscious debt and is keen to get it out of the way with a tribute and then prove that he has in fact paved his own idiosyncratic path. This album is made of contrasts and tensions. The most egregious one being John Edward Donald’s droll literary wit and deadpan delivery coupled against the warm and color-saturated music. Pensive irony and heartfelt rock and roll should not work well together. Yet The Human Elephant, a rare crossbreed, works within those lines. All songs have a ruthlessness of declaration harking simultaneously back to the belief and power of ideals of punk and the unplugged violence and confrontation of sixties folk. White Thunder showcases John’s ability as a songwriter and his work with various musicians and producers like Bernd Jestram (Tarwater) or Dirk Dresselhaus (Schneider™). Some songs are striking from the get go while some start oblique and with their backs to the audience, only to slowly turn their heads and win them over with a cunning smile. Some others are rather odd in their atypical catchiness. Folk, rockabilly, and post punk are present too. You will probably ask yourself “Now how come I hadn’t heard of this fellow?” Well, hopefully, you will now. A wise, noble beast like this one deserves to be hear.