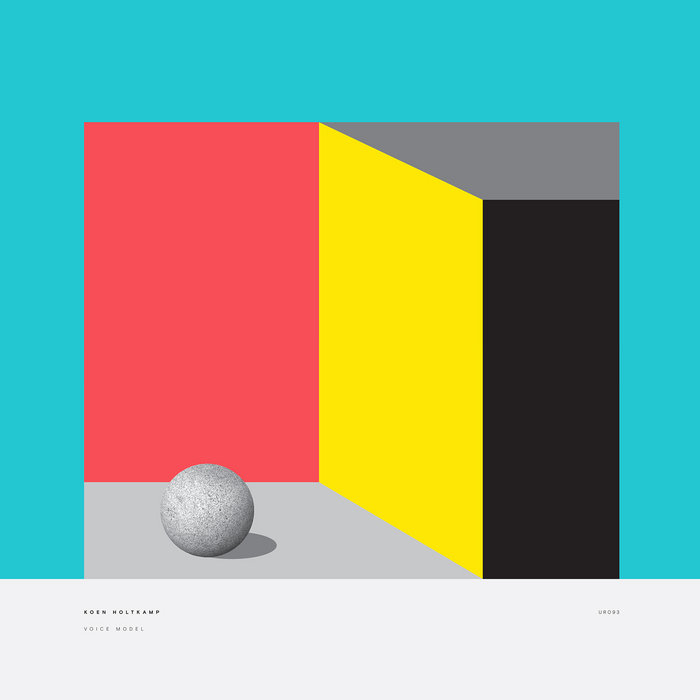 Bart Furp If you dig THIS, don't miss Koen's MASTERPIECE "In the Absence of Gravity, Please Note the Position of the Sun"!!!

Michael Feihstel At this point I'm not quite sure if Umor Rex releases exceptional cover artwork with appropriately pleasing music of if it is the other way round. Either way, fantastic work by Daniel Castrejon and any musicians involved, Koen Holtkamp in this case.

Koen Holtkamp’s music is never quite what it seems. There are distinct textures, tones, structures, relationships, and references —the things that bring us back again and again, but the undercurrent remains elusive.

For listeners unaware of Holtkamp’s solo efforts, most will have encountered him as half of the Brooklyn based duo Mountains (Thrill Jockey) —a project which has pushed musical boundaries for more than a decade. Voice Model wades effortlessly into this same ambitious territory, but focuses on the breadth of possibility activated by a narrow band of sonorities. It’s two interrelated works, Scene One and Scene Two, feature Holtkamp on piano, modular synth, bowls, cymbals and processing, as well as contributions by Nina Mehta on Flute and Josh Millrod on trumpet. Both sides, though in clear conversation, weave autonomous worlds - collapsing the ground between the historic efforts of Groupe de Recherche Musicales (GRM), New Age, and contemporary avant-garde practice, while sculpting their own worlds of sonic potential and understanding.

Voice Model’s fascinating intricacy works gradually like the sediment of time, gathering beneath a pool of conflicting streams, and defying the normal expectation of structure and artistry. Though the album fits seamlessly into the larger body of Holtkamp’s output, his hand remains elusive. Sounds appear to have sculpted themselves - to have appeared from an organic inevitability. This is an exploration of discrete encounters within an electronic ecosystem - a world of chance, where the dimensions of time unfold. As its tones ricochet off each other, they lead us not to themselves, but towards a whole. Single tones and textures expand and bleed, generations of influence raise their heads and disappear into the shadows.

Recorded in 2014 and 2015 before being allowed to percolate for the better part of a year, Voice Model finds an artist at the height of his powers —curious, and at equal ease with challenge and invitation. It’s singular and mature and welcomes listeners both seasoned and new to these territories.