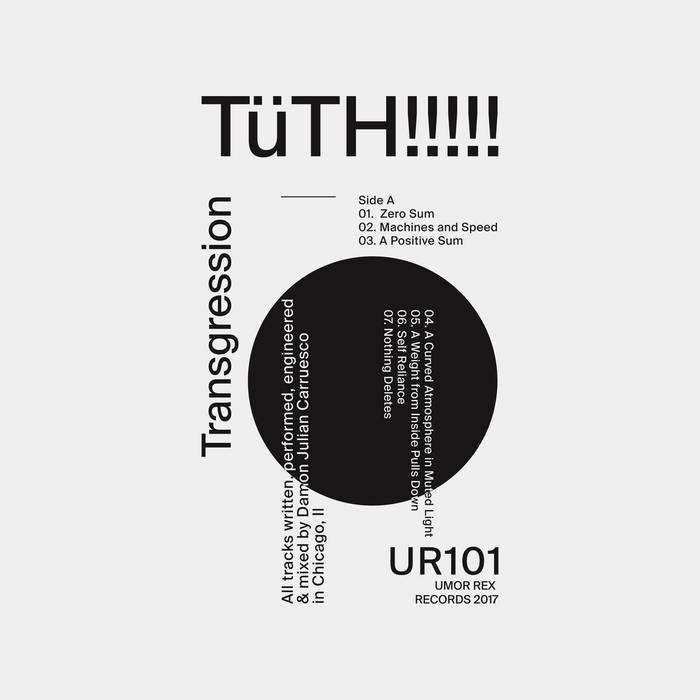 Pow to the People

Pow to the People Saw him in Chicago. Love his aesthetic.

Damon Carruesco departed his decade on bass with Chicago’s minimalist fringe rockers Disappears in 2015, deciding experimental music more his thing and opting to pursue the bold sound of TüTH. Aiming to search out his own limits, potential, and abilities as an artist, the atmospheric sounds on Transgression are Carruesco’s attempt to make atmospheric electronic music that exists outside of "the grid". Transgression draws from field recordings and hand-made sounds, taking key inspiration from brutalist architecture, the acousmatic music of Romanian composer Iancu Dumitrescu, and the passing of somebody very close to the artist. Throughout Transgression throbbing tones play out into cavernous otherworldly atmospheres, while bass demons collide with far icier synthesizers issuing moody melodic patterns. The references for this deeply abstract music are few and far between - the most fractured and sparse dub, Tangerine Dream’s earliest primordial trips, György Ligeti’s creaking galactic symphonies - so with Transgression, TüTH has appeared as his very own, unique, and fully fledged new voice.

All tracks written and performed by Damon Julian Carruesco in Chicago, IL. Mastered by Felix-Florian Tödtloff at Ætherweight in Berlin. Artwork by Daniel Castrejon.