Things Our Bodies Used To Have 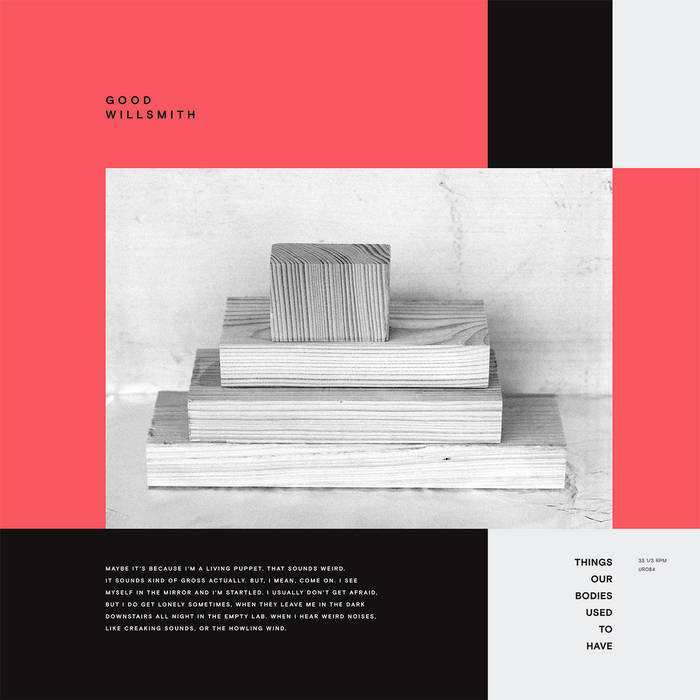 Things Our Bodies Used to Have, documents a 36 minute session of structured improvisation, presented without overdubs, that sends the band's dense multi-instrumental performances spiraling off into new trajectories through the noise, drone, and free music disciplines. Vocalist/synthesist Natalie Chami traces a complementary path to her solo work under the TALsounds moniker, building layers of choral loops in real time through effects pedal manipulation. Doug Kaplan and Maxwell Allison, who explore strange corners of the experimental underground as heads of the label Hausu Mountain, lock into a state of symbiosis with Chami and each other as they pour guitar, drum machine, and electronics into swelling arcs of textural detail. Good Willsmith piece together a uniquely hybridized vision of extreme music just as capable of confounding on a moment-to-moment scale as when taken in as a seamless whole. To listen to their sinuous live explorations is to follow the path of their seemingly telepathic communication from person to person, gesture by gesture, as they shift through discrete atmospheres and instrumental configurations in a mutual pursuit of overwhelming self-expression.

Like Good Willsmith's LP The Honeymoon Workbook (Umor Rex 2014) before it, Things Our Bodies Used to Have captures a live take of a set whose structural benchmarks were locked into place over repeated performances on tour. On the album's A side, instances of a recurring theme played by the whole trio bookend a series of sketches in which one member takes the lead role while the others support: Allison loops and mangles a cassette tape's playback before streaking into the red with the peals of a bird call; Kaplan rips into a labyrinthine guitar solo that evokes the tie-dye chromatic fantasies of Jerry Garcia and the bottomless reverb of Keiji Haino; Chami pounds out a lattice of cyborg wails and pulses from her Korg MS20 while she laces her own screams into the chaos. The album's second half sinks into an intensifying trudge through a swamp of pitch black synthesis and churning bass tones. Electronic tambura drones and whistling oscillators creep into the mix alongside garbled voices borrowed from thrifted tapes and LPs, each contributing an anxious monologue to the dirge. While Allison's melodies chime over Chami's elegiac chords, she layers her voice into a towering emotional climax that merges with Kaplan's tremolo picked guitar into a gale of static that sweeps the trio's shared seance back into the darkness.