Still Waves To A Whisper 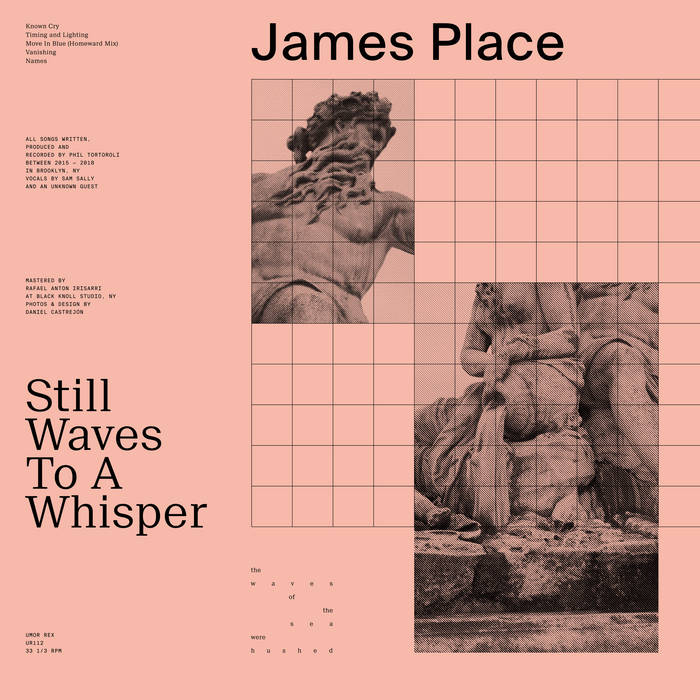 Musically, Still Waves To A Whisper contains both some of the most immediately danceable and straight up beautiful tracks of James Place's career. Utilising voice samples from the same source as his last album, Voices Bloom, opener 'Known Cry' is a heavenly coda of sunlight bursting through clouds, warm synths drifting across restrained pulses. 'Timing and Lighting' went through countless live iterations before the current version was tracked for this album, a tunneling exploration of rhythm with a dose of sardonic humor. 'Move In Blue (Homeward Mix)' is James Places' rework of a track from 2017's Voices Bloom, obsessively remixed and revisited, here littered with additional melodies and populated by newly sampled voices. Closing track 'Names' is perhaps the most outright beautiful James Place recording to date. A stripped back rework of a live version of Living On Superstition’s 'Another Mourning In America', the tune is based on a melodic line written after the studio recorded version. Interwoven with a sampled vocal, and rinsed of all of the original song, 'Names' is left behind a stark and compelling descendant. The digital release includes a remix of 'Move In Blue' by Persuasion aka Devon Hansen.

The title, Still Waves To A Whisper, stems from a conversation between Place and another artist on methods to ease anxieties and the benefits of a focused practice. The hope's for this music to continue that conversation on a larger scale.

Written, produced and recorded by Phil Tortoroli
between 2015 - 2018 in Brooklyn, NY.
Vocals by Sam Sally and an unknown guest.

Thank you to Meredith for the reflection
and Daniel for believing.
Dedicated to Anna & Sarah.