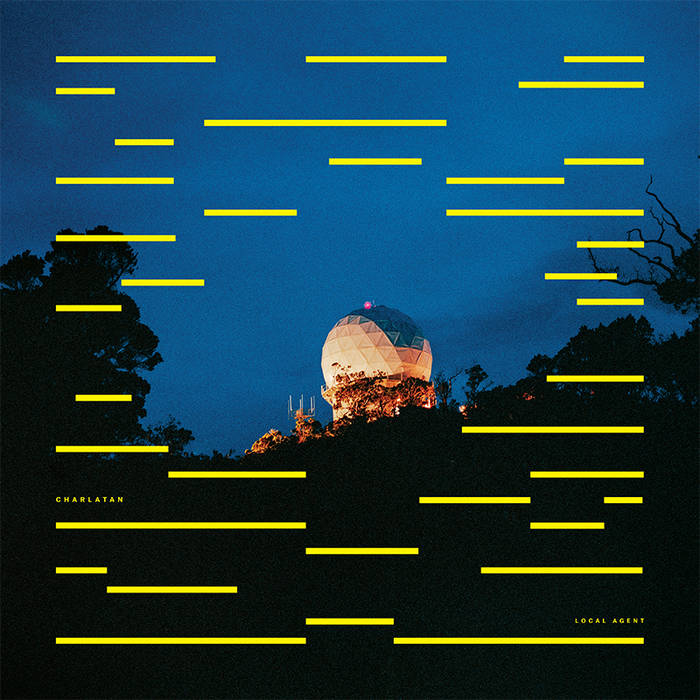 LP limited to 300 copies, pressed on yellow vinyl and packaged in uncoated stock jackets with double sided insert, black polylined inner sleeve, and free download card with the 8 bonus tracks of "Dead Drop" and the rmx of Black Hat.

Local Agent is the fourth LP by Charlatan, a.k.a. Brad Rose, label-head of Digitalis, also known as The North Sea and one half of Safiyya. Local Agent is Charlatan's streamlined statement, an amalgam of spy and sci-fi techno with touches of abstract dub, finely mastered by John Tejada.

Local Agent is a great culmination of several years’ work by Brad Rose, who has been studying and styling a conceptual and abstract merge between industrial-beat and techno structures, with a sensitivity for narrative and the description of futuristic landscapes (retro-futuristic / Lab style). While employing his usual set of tools (electronic synthesis, cyclical melodies and techno/abstract rhythms), this time around Brad Rose/Charlatan is also playing inside the most turbulent dub territories, jointed by crushed and anonymous bass lines, to create tracks loaded with kinetic content, pieces that move within the grounds of science fiction and spy thrillers, a paranoia-rich sound apt for a J.G. Ballard novel. Local Agent can be understood as a complete musical work; although there are eight separate tracks, and each has its own personality, the full set creates a drama articulated by chapters, almost like a story-line. And this is also another success of Local Agent, the symmetrical conjunction between two axes that are usually distant: cold post-apocalyptic whisperings, dramatic industrial landscapes; and on the other side, a variety of playful melodic sequences, which function as an interlude or a precedent for freer and more abstract parts that could almost be imagined as a complex, epic confrontation. Local Agent is -metaphorically speaking- the process of a machine-like entity, a halogen-lit golem, a schizoid double agent, and a society that works feverishly for the last few hours before the great crash.