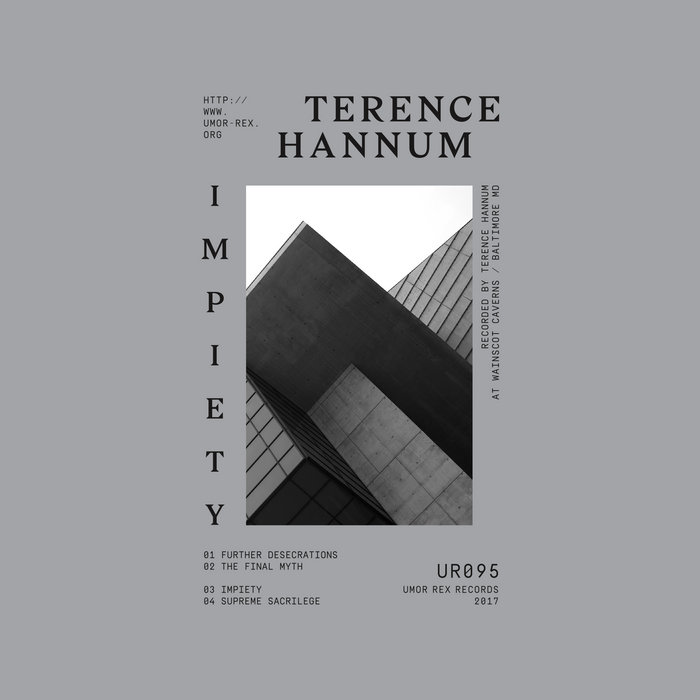 Terence Hannum is a musician and visual artist from Baltimore. Focusing in almost solely on manipulations of his own voice, Hannum describes Impiety as “unholy sacred music”. Taking cues from gospel music and Georgia’s polyphonic singing traditions, Hannum’s voice overlaps and collides with itself in a profane man-machine blend, floating atop minimal synthetic pulses generated from his Elektron Analog Keys. Pertaining to eschatological concepts in religion, the final destiny and judgement of the soul, these four staggeringly beautiful compositions are enshrined with an almost mystical power - all the while rejecting the blindness of faith. On Impiety, Hannum’s crafted his very own rite of deconsecration, inverting choral music in an act of supreme sacrilege. Terence Hannum is the second member of Locrian to join the Umor Rex roster, following drummer Steven Hess’ collaboration with Rutger Zuydervelt (Machinefabriek) last year.