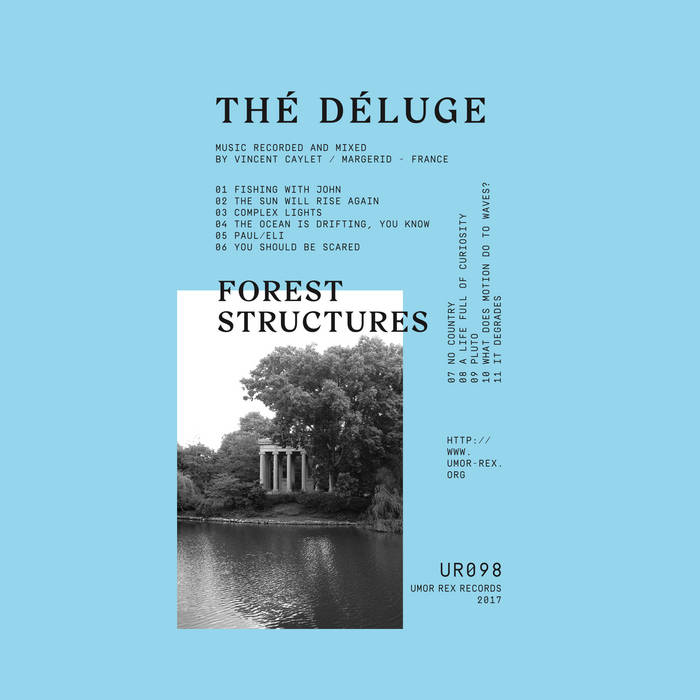 Thé Déluge is the new moniker of French musician Vincent Caylet. While Caylet’s previous outings as Cankun (released on Not Not Fun and Hands in the Dark) were blissful psychedelic sundrenched jam sessions, Forest Structures sees Caylet largely jettison cosmic tropical islands and guitar twang. Thé Déluge deals in moonlit electronics and nocturnal transmission that consistently bleep into each other and overlap. Recorded mostly on analog gear and inspired by both nature and urbanism, Thé Déluge gathers an array of synth pulsations and loops behind a murky veil of analog fuzz for a set of haunted instrumental cycles. While the sunlight of Caylet’s previous work has sharply eroded, Forest Structures retains the warm fog and psychedelic visions of the artist’s unique dreamworld for a set of glistening melodies, trippy loops, and distant rhythms.