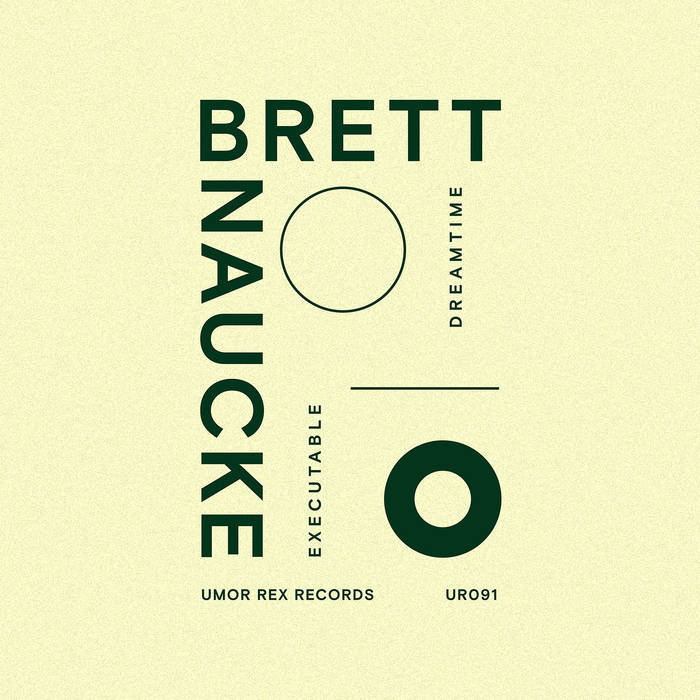 Brett Naucke is an experimental and electronic composer based in Chicago, IL. Working largely with modular synthesis, each track of Executable Dreamtime is made up of a single patch, much like in his previous LP Seed on Spectrum Spools. But on this new album, Brett started from the idea of categorizing reoccurring dreams thematically, and making sounds accordingly with a single patch for synthesizer. Those patches used on each track were made of a polyphonic auto-melody generator that behaves based on random note orders. Each process has its own life after it is programmed but it follows a specific structure. The patches were re-done several times in each track, providing a method of sorts for transcribing dreams through repetition during long periods of time. Nevertheless, the pieces are clearly conceived around solid and melodic structures, with delightful tones colliding between the automated machines and strong ambient corridors opening to epic and harmonic moments.