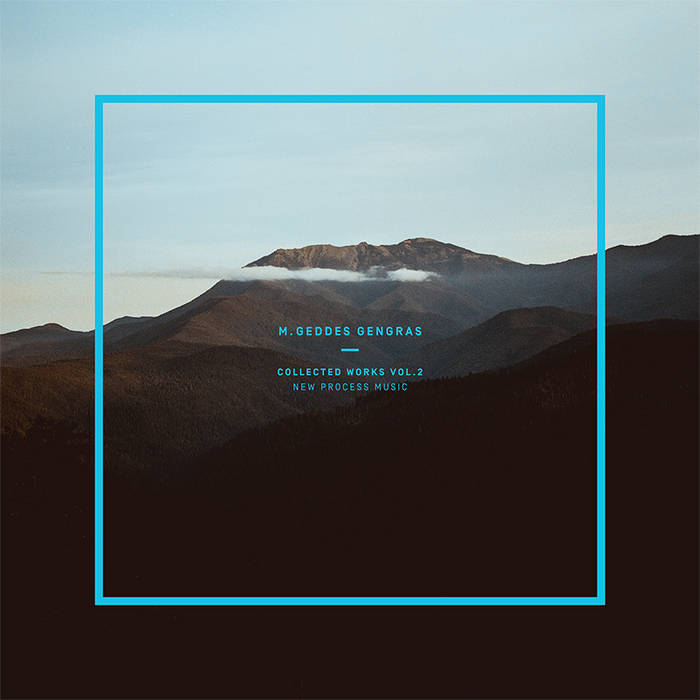 M. Geddes Gengras returns with the anticipated follow-up to his critically acclaimed Collected Works Vol. 1 The Moog Years (Umor Rex 2013). The music on New Process Music constitutes his first recordings of purely modular composition; while the album was recorded between 2011 and 2012 it has never been released before and we are pleased to present it for the first time as the Vol. 2 of his Collected Works series.

New Process Music represents a major aesthetic shift for M. Geddes Gengras, fusing the long-form modular compositions he had been exploring on a bevy of small-run cassette releases with a new obsession with post-production editing to create a deeply tuned aural environment, lush in analog electronics that are gritty along the edges, with rich textures and melodies materializing and wafting away like smoke. For New Process Music, Gengras used only a small eurorack synth and magnavox tape echo for the tracking process; the pieces that emerge act as documents of an artist exploring the limits of his chosen instruments. Most of the patches here were originally written for performance and recorded live. Sequences are twisted and bent, turned in on themselves or combined with random information. Longer tracks like Slider and The Last Time We Were Here zigzag across scales, the latter emulating the endless keyboard technique that was highlighted on Collected Works Vol. 1 The Moog Years, while the former takes the form of a bubbling kosmiche workout that collapses under it's own momentum. Shorter pieces like Glass Dance and Relation offer fractured sequences that refuse to resolve over wavering beds of drone and shade. The overall effect is that of a richly detailed sound world that envelops the listener in a deeply personal space.